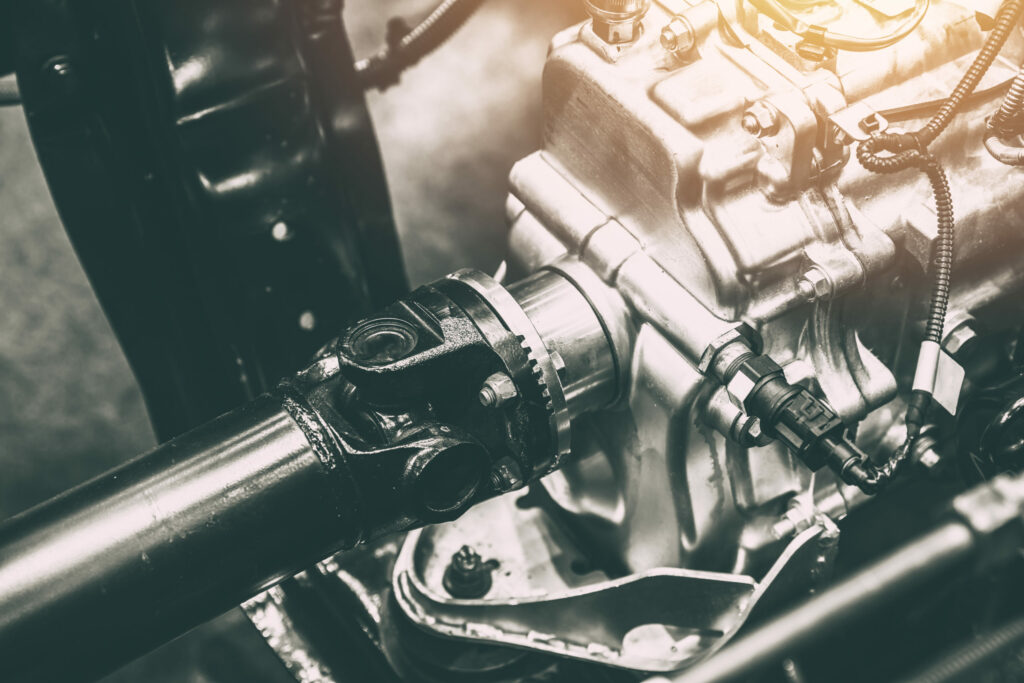 Your car driveshaft is an essential part of the drivetrain – if not functioning properly, it can cause a lot of issues. The driveshaft uses torque provided by the engine to turn the car’s wheels, which means that if there is an issue with it, you could notice problems with the vehicle’s handling, or strange sounds while the vehicle is in motion.

You may not know the driveshaft is broken from the way it looks. Its internal parts need to be free of wear and well lubricated in order for it to function properly. So if you notice any of the signs below, you may want to bring in your car for a check-up.

An early sign of driveshaft problems is intense vibrations that come from underneath the vehicle. This happens when driveshaft bushings or the universal joint (U-joint) begins to wear.

Squeaking sounds are caused by a couple of driveshaft problems. They’re not usually an indicator that the driveshaft has failed, but they do typically mean that bearings or the U-joints require lubrication.

This will sound like a loud clunk or knock coming from beneath the vehicle. Usually, this sound is an indication that a U-joint is badly worn and needs replacement.

You may also hear scraping or rattling sounds. Again, these are sounds that indicate that a certain part of the driveshaft needs to be lubricated or that it’s worn out. All noises are a sign you should bring your car in to be checked.

5. Movement in the U-Joint

Worn or broken U-joints are a common driveshaft problem. If you know where to look, you can often check the U-joints yourself. Simply put the vehicle in park, put the vehicle into neutral, and then move the U-joint yokes back and forth. Too much movement is an indication that you should take it in for replacement. While you’re at it, check for visible rust on bearing cap seals, which can be another indicator of driveshaft problems.

Loose U-joints or bad center bearings within the driveshaft can cause a worrisome shuddering as you accelerate. This may also be accompanied by unusual sounds. If the car or truck feels like it’s faltering or shuddering when you press the gas, take it in to have the driveshaft checked.

Vibrations, handling problems, and strange noises coming from beneath the vehicle could all be signs that there is a problem with your driveshaft, or they could indicate a problem with a CV joint or some other drivetrain component. No matter what, they all indicate that you need to bring your vehicle in for service as soon as possible. Don’t wait – the longer you leave the problems untended, the worse they become. Schedule an appointment with Big Chief Tire so we can diagnose the problem and get it fixed for you!